The workshop conducted in Quebec City Canada was organized by Donald Carruthers Den Hoed, who is the Canadian Parks Collective for Innovation and Leadership (CPCIL) at Mount Royal University. He brought together experts and professionals from the environmental field of study to a pre-conference workshop at the 2019 Canadian Parks Conference in Quebec City, Canada. From the information that was recorded and collected by Noor and five other student researchers from different universities across Canada, it was important to gather, visualize and organize the information to show the success of the workshop and start a conversation around networking beyond just at conferences.

The mindset going into this project changed from being very minimal and straight to the point, to instead being much more explicit, but focusing on the organization of a lot of content. This change occurred when re-evaluating the needs for the specific audience, which would consist of other professionals and experts in the environmental field of study. Providing as much detail as possible would allow for understanding in greater depth how thinking about the different factors, ideas and relationships impacts the possibility for growing a network in this field of study. 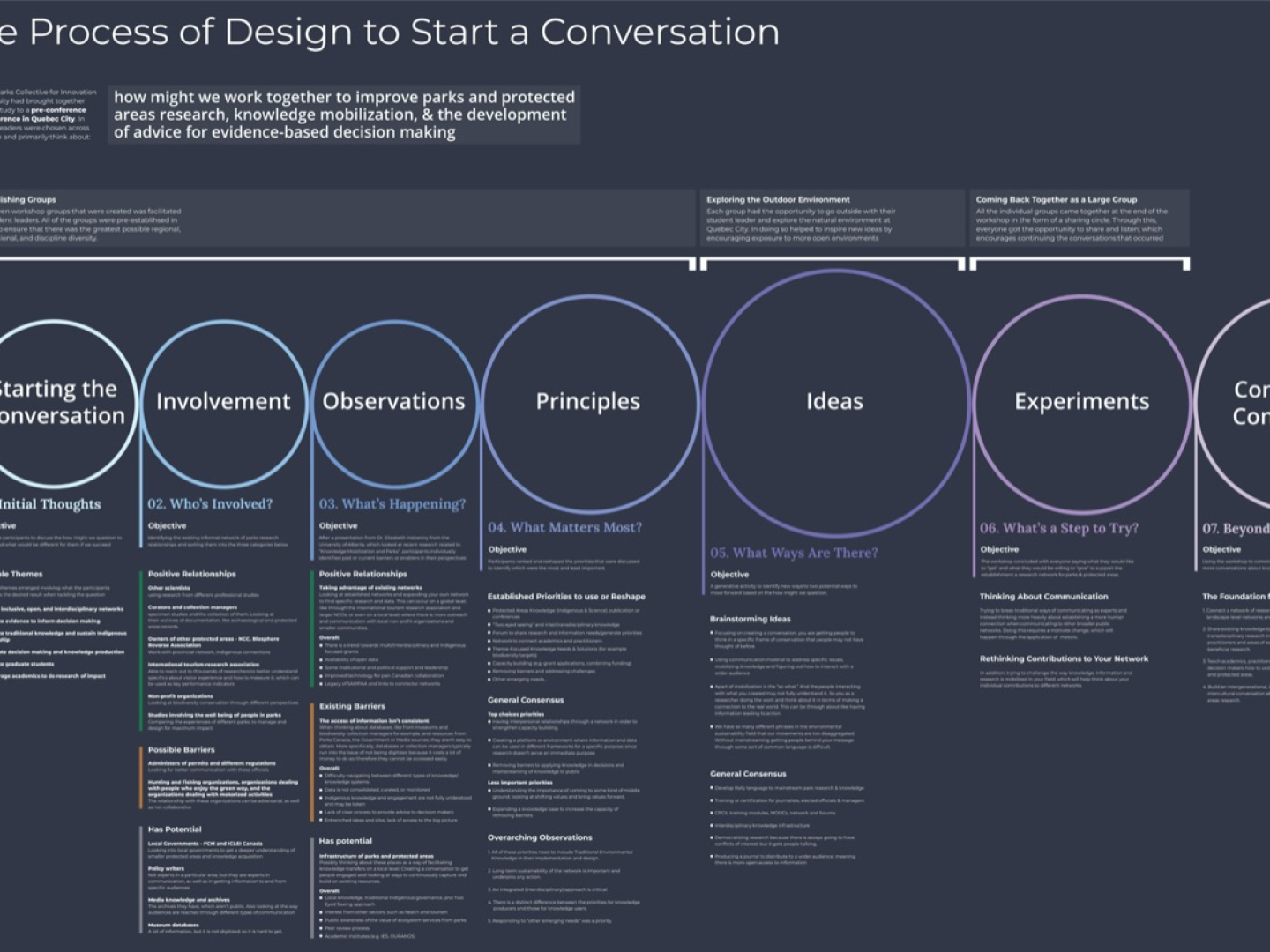 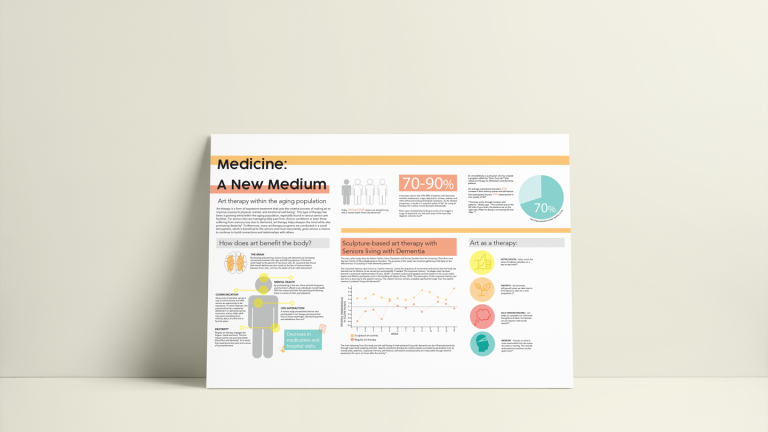 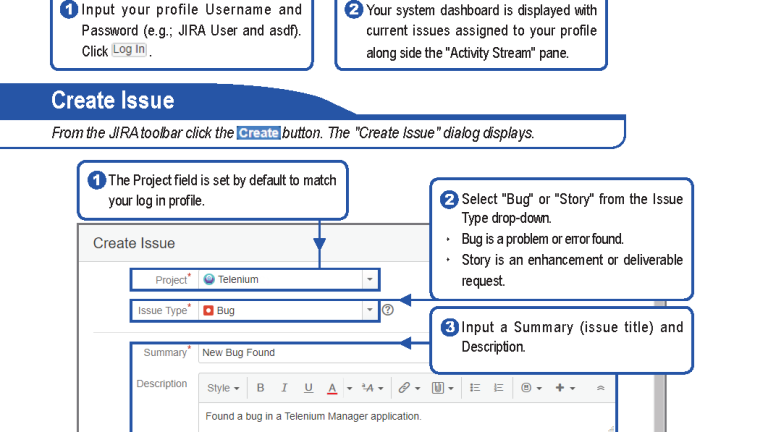 How To See Issues 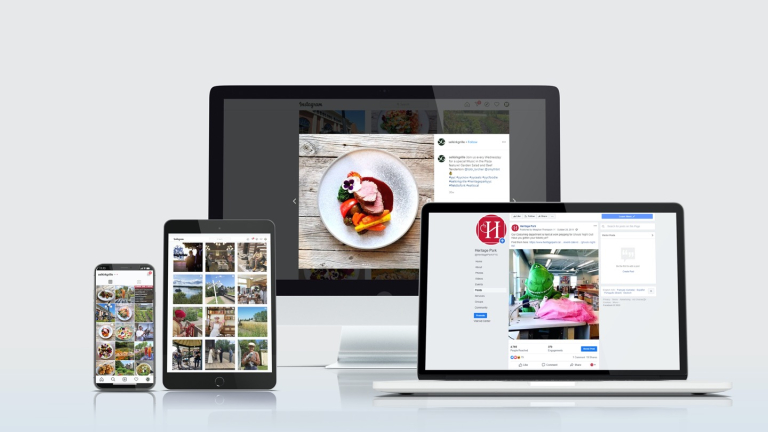 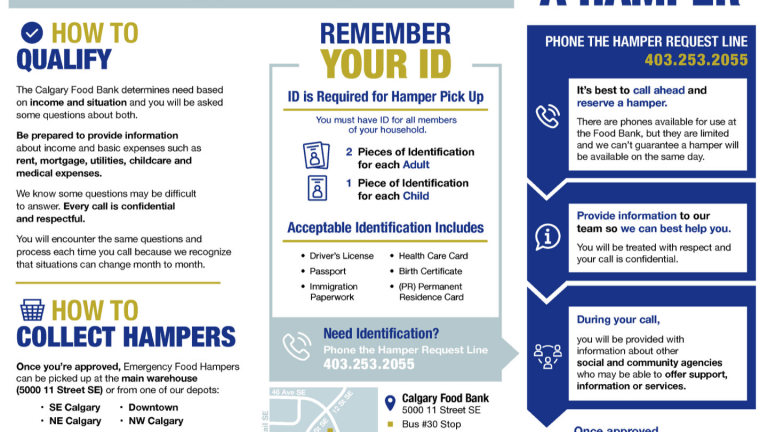 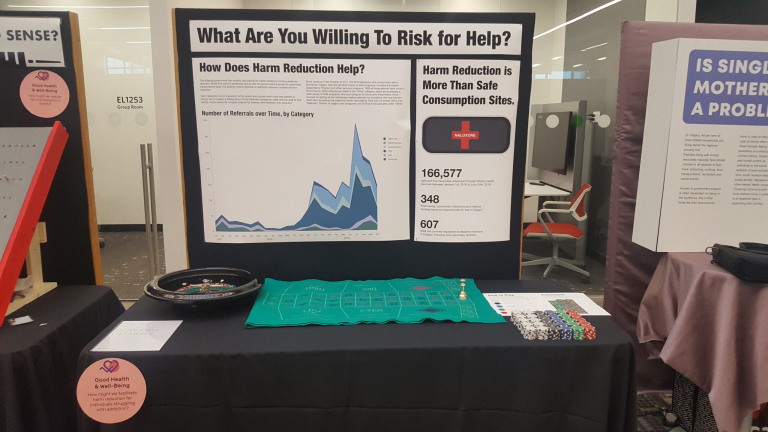 The Risk of Help 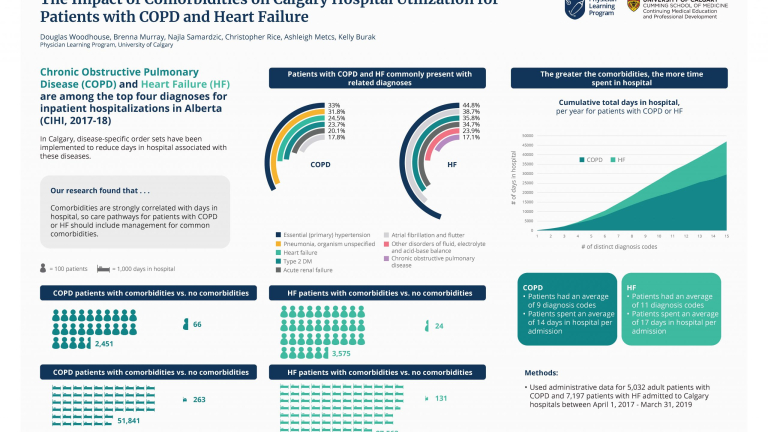